It’s never too late to tap into a passion

Since Primal Calling was published, I’m often asked how I came to write a novel. Apparently, it was something few who know me expected. I have always loved to write. But fiction was put on the back burner, partly because it was rough to find the time, but mostly because being a “novelist” felt outside of my own expectations. But doing it has been eye-opening. I had to research some subjects I was unfamiliar with. I learned a lot about oil exploration, searching for lost or unknown relatives, and international espionage (I know – sounds like totally different subjects, but they come together in the book). But of even greater value is what I learned about myself and life’s possibilities.

I was raised to focus on a concrete road toward job security; writing for a living felt more like an undefined garden path, at least for people like me.  My parents were the first of their generation to be born in the United States. They started with little and worked hard to create a comfortable life for my siblings and me. I began working for my father when I was 13, after school and on weekends.  He owned a cafeteria in New York City where I bussed tables and, when I was a bit older, I was promoted to delivery-boy. A highlight was once delivering lunch to Barbara Walters (just as she was becoming Barbara Walters)! For the record, she had a tuna sandwich and coffee. My tip was 50 cents, pretty average for the time, though I had a momentary fantasy of striking it rich once I saw who the tuna sandwich and coffee were for.

It didn’t dawn on me at the time, but my parents lived by the ethic of you work hard, live modestly and within your means, and most importantly, appreciate 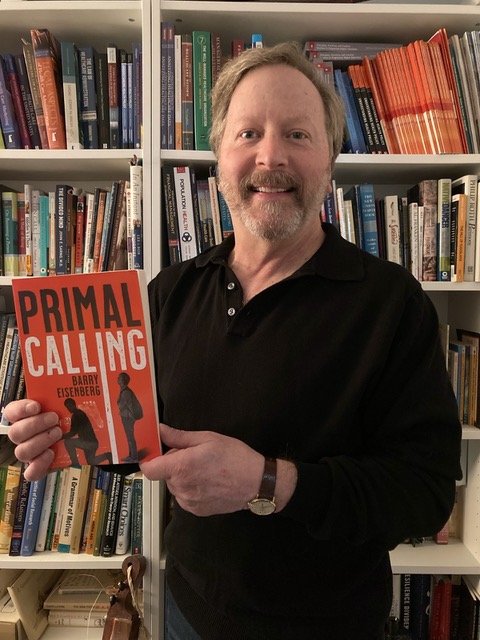 everything that you have. But as part of the baby boomer generation, I came to think about a job differently from them. That it’s not solely about the proverbial “putting food on the table and a roof overhead.” Incidentally, when I was a young child and heard that expression, I somehow mangled it, hearing that the roof should be on table and food should be overhead. Must have been a silly place my grandparents came from, I thought at the time.

While job security was – and is – of course, important, my generation believed that it is also about self-actualization. A job or a career, I came to understand, can pay the bills but also be personally enriching and rewarding. I remember my father being concerned when I told him about my intent to leave a good-paying and secure job for another with more responsibility. I hoped to reassure him by demonstrating, over time, that it was a positive thing and that ways of thinking about work had changed. I wanted him to see that I had the same work ethic as he did and that it would not be compromised by also wanting to feel fulfilled.

Anyway, before all that, I had a series of jobs while in college to earn some money. One of my friends had a part-time job driving a cab and recommended I give it a try. It sounded like fun and would make some money. After a few weeks, as I was driving two young guys through Central Park, one pulled out a knife and asked me for all my money. I pointed to a locked box secured to the floor under the dashboard, above which was a sign that said the driver carries only $10 of change. I said I have only two dollars, which my trembling hand meekly extended their way. They grabbed the bills and jumped out of the cab and ran off. The entire episode took less time than it did for panic to set it. I thought it best to find a new way to earn money.

I put myself through graduate school, covering tuition by editing my professors’ texts, grading papers, and teaching undergraduate classes. I loved teaching -- I found it invigorating and considered following that path. During graduate school, I had the opportunity to do a research project that involved several visits to a hospital. Although I had never considered health care as a career option, I liked the pace and purpose of the hospital. It was exciting to find a place I felt I belonged.

Shortly after graduate school, I was offered what seemed to me a dream job in a hospital in New York City. I worked my way up in hospital administration, and it very much did end up defining me and my goals. The work was challenging, stimulating and, despite the normal stressors, very rewarding.

Years later, as opportunities emerged to help other hospital systems, I left the hospital I was working at to do consulting work on strategic planning for multiple hospitals, which I still do. The field is constantly changing, and I find it exhilarating to strive to stay ahead of the curve. When I was offered the chance to re-enter the academic world with SUNY, I jumped at the chance to take all I learned from decades working in hospitals to teach health care management to graduate students. It flowed very naturally from all of my work thus far. The majority of my students are well-established in their health care areas, looking to broaden their knowledge base. Their passion ignites mine. It may be easy to become complacent after working in a field for so long, but that’s impossible, let alone unacceptable, in health care.

Which brings me back to writing. While I have written a lot, mostly articles, textbooks, conference presentations, lecture material for my classes, I have allowed little time for fiction. Not only did it not fit in a crowded calendar, but it didn’t fit with my sense of who I became professionally.

A few years ago, when I heard a brief news item about a young man searching for the father he never knew, I envisioned the need for this ordinary person to dig deep and persevere in a quest with no guaranteed outcome – much like the patients and caregivers I have come to know over the years, people with humility trying to find an inner strength they may be unsure they possess. Sometimes they succeed, sometimes fail, but always learning something about themselves along the way. The more I thought about the young man, the more I thought it would make a great story. Which led to Primal Calling.

If I’ve learned anything in the process of writing a novel and in speaking to so many about the experience, it’s that how we define ourselves is a source of strength, but it can also be limiting. We may become so focused on the notion of our work that even later in life, maybe especially later in life, it’s difficult to see what else we might be, what else we might try. I have loved my work and I am proud of the contributions I have made. At the same time, I know that I am, that we all are, more than what we have been. I can’t imagine not teaching, learning, growing. Is it possible to begin a new career, or another concurrent one?

After I began sharing Primal Calling, first with family, then friends, the responses stunned me. Everyone wanted to discuss it, sharing moments that touched them, resonated with them, even angered them in a way that a good book might. It felt surreal to me at first! The fact that they were taking it seriously was exciting, if not a bit confusing because of how unexpected it was. And as we talked, the feeling that I was an imposter, an interloper in a field I had no business traipsing in, began to dissipate.

I’m working on a second book, now feeling more empowered that this can be something I do. But more than anything, it showed me that no matter what age I am, or where life has taken me, I want to be sure I don’t stop feeling encouraged and inspired.  So, am I a novelist? Well, in the spirit of not being defined by labels, it may not matter. My hope is that I never stop trying to be more than a simple answer to a complex question, and I hope my story might motivate whoever reads this to try and do the same.