A Simple Word That Made Sparks Fly

“You have just insulted everything I have done for the past twenty years,” a member of the audience shouted.

“… it’s that kind of narrow thinking that created the mess,” the speaker retorted.

Those words were hurled between a speaker and an attendee at hospital conference I recently attended. It all started with the use of one word. A single word. Not any of the words that imply hate or racism or misogyny or violence or political innuendo. Not even close. It was as seemingly benign and uncontroversial as any word could be.

This incident gave me insight into a way that words matter that I hadn’t fully considered.

In reflecting on what happened, I was struck by how a single word could spark the verbal conflagration that engulfed two well-meaning people.

It was a simple word: customer.

Innocuous, right? The clash it triggered was not entirely unexpected since this word is loaded with meaning in the world of health care. As such, it was a powerful reminder of just how much words matter. But it also reminded me of how quick we are to make judgments of others in ways that can make it impossible to find common ground.

The speaker was discussing financial struggles faced by many hospitals. In just the last few years, over 200 hospitals have shut their doors. Many were hit hard by the pandemic, especially those serving rural communities. For many such communities, their hospital was the only one in the area. A closure could create a serious hardship, sometimes forcing residents to travel quite a distance for care. Imagine having to sit in a car, or even an ambulance, for 50 miles while experiencing chest pain. The speaker’s company works with those hospitals to find ways to stay afloat.

About ten minutes into his presentation, the speaker talked about how important it is for such hospitals to keep their communities aware of their predicament. He explained how such support could prove pivotal in swaying community leaders to mobilize efforts to keep the hospital open.

Then he asked this question: “Have any of you tried explaining this to your customers?”

A hand shot up.

“Maybe it’s just me, but I’m a little confused. What do you mean by customer?” the attendee asked, her tone unmistakably irritated.

The speaker had a puzzled look, as though it was odd for anyone to question what seemed so obvious to him. “I’m sorry, but I don’t understand the question,” he replied. “Would you mind clarifying?”

“I’m not sure how else to put it,” the woman responded. “When you say customer, who do you have in mind?”

“Why, the patient, of course.” He looked at her quizzically, then waited for her to respond to see if he was on the right track.

“Then why not just use the word patient?” she asked, still annoyed.

“I was simply using customer because that refers to anyone getting goods or services.”

“Here’s my problem,” she said. “I’m in management now. But I spent most of my career at the bedside, most of it in oncology. To think of my patients in the same way we think of people going to a supermarket for milk or a department store for shoes is unconscionable. To refer to them as anything other than patients undermines the dignity they deserve.” 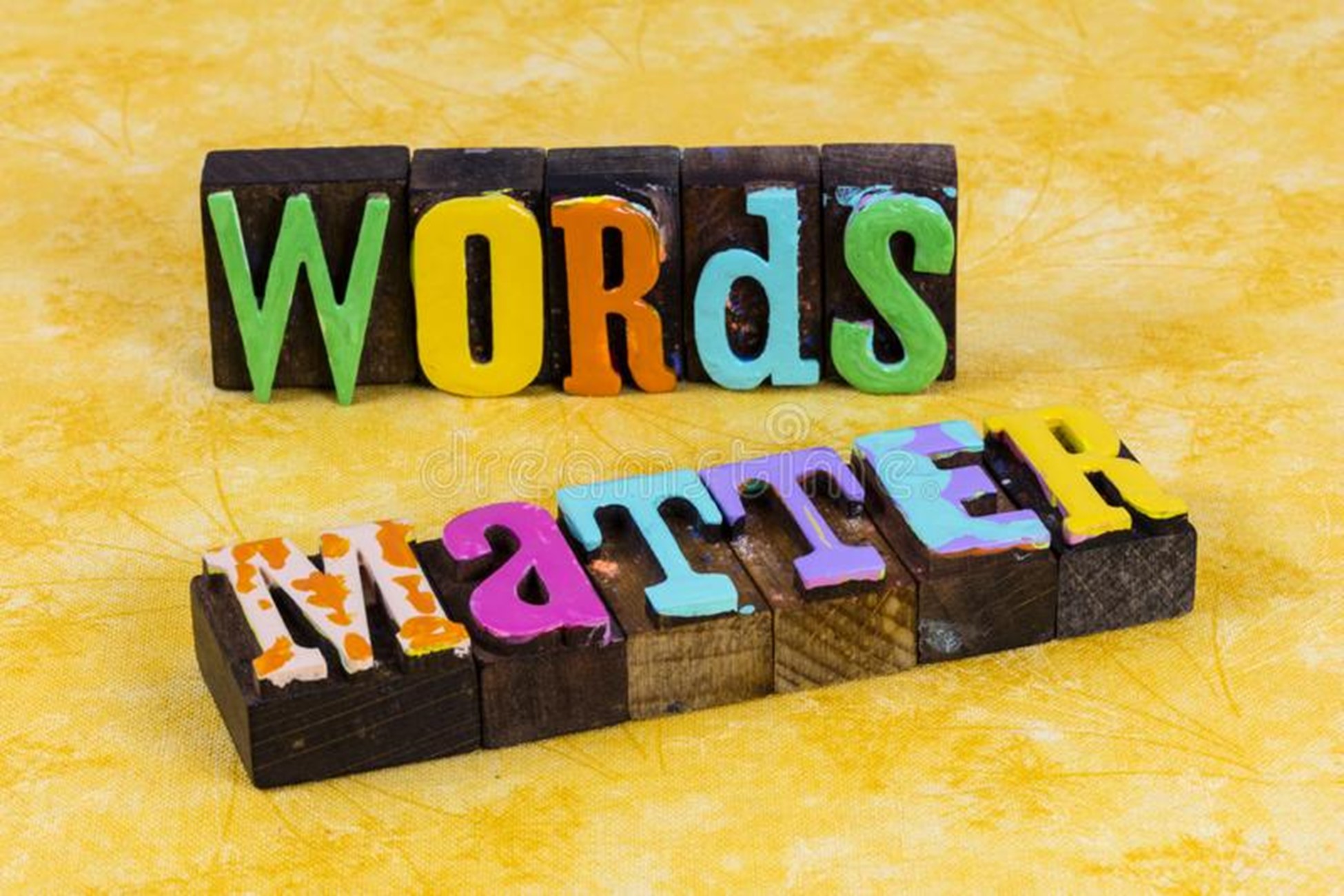 Startled by her strong tone, the speaker pressed on. “Of course they are patients. But they are also customers of the services we provide. How about the term consumer? Is that word more acceptable to you?”

“That’s equally offensive. Look, the people in the bed are not thinking of me as a provider of services,” she said, rich with sarcasm. "They think of me as a nurse, as a caregiver.”

“I hear you,” the speaker said. “Let me ask it this way: isn’t health care also a business? We spend well over $3 trillion for health care in this county. So it’s not just a business, but big business. And even with all that money pouring into the system, many hospitals don’t survive.”

“Sure, I get it. But that’s not the point. The point is how we refer to the people we take care of. Calling them customers – it’s as though they’re stopping into the 7-Eleven for bread,” she said, even more indignantly.

“With all due respect, I’ve been at this a long time. I purposely use the word customer because it gets everyone focused on the business side of things. Just ask any of those hospitals that had to close down.”

“So you are telling me that by using the word patient we’re blind to the fact that money is involved?” she asked, incredulously.

“It’s not so much the word, it’s just how easy it is to get sidetracked and forget that hospitals are under intense financial pressure.”

“Sidetracked? Now you have just insulted everything I have done for the past twenty years,” she shouted. “What are we possibly wasting our time on that’s less important? That a patient’s blood oxygen level dropped? That a collapsed lung is causing pain? That the patient wants to know when her doctor is coming to see her? You bet I don’t want to get sidetracked— sidetracked from making sure I’m doing all I can for my patients.”

The speaker remained unflappable as the audience, riveted, shifted uncomfortably. “Of course. But let me put it another way,” he said. “My company just did a project for a hospital that was losing over a million dollars a month. We went in and found that the staff had no idea how much it cost to keep a patient in the hospital for a day after their insurance says they should have been discharged. Well, it’s about $2,000! For just one day! We both know all too well that the hospital has to absorb that expense. The hospital was on the verge of bankruptcy, and not one member of the staff we spoke to could tell us the cost of any of the supplies they use, even things they use every single day. It’s that kind of narrow thinking that created the mess.”

As this went back and forth, each position hardened. Some in the audience seemed to identify more with the speaker, others more with the nurse.

But how far apart were they?

Were they further apart in their beliefs about what’s important to focus on in a hospital – patient care or finances – or just in the belief that they were far apart?

Did the speaker’s use of the term customer mean he is insensitive, unfeeling, and “all business”? Did the nurse’s use of the term patient mean that she was unmindful of the importance of using resources efficiently?

Probably not in either case. But each felt they had to stand firm. And the firmer they stood, whatever common ground may have existed in their meanings got obscured by a need to be right. Each felt attacked. In return, each launched an offensive. Each dug in. And as they did, they became increasingly assured of the moral superiority of their respective arguments. The more righteous they became, the less open they were to considering whether and where their views intersected.

Having been in health care for so long, I can appreciate both sides. By the way, there are voices in the health care world suggesting that we move away from the designation patient. They claim it reflects a subordinate, dependent role and in so doing reinforces the paternalistic culture of health care. Nevertheless, I use the word patient because, like the nurse, it just feels more personal than generic alternatives like customer. But I also understand how important it is for hospitals to be well-run. The irony is that these aren’t mutually exclusive. In fact, the best managed hospitals are typically viewed by patients as the most compassionate and caring. Research is pretty clear about this. Being well-run means being attentive to the bottom line as well as to the belief that the patient’s best interest is the reason for being in existence. These go hand in hand.

While listening to the exchange between the speaker and the nurse, I admired both for their energy and for their dedication to caring for the patient as well as the hospital’s well-being. They were zealous in their convictions.

Zeal is a great driving force, an admirable quality when used for good. But so is suspending judgment about what others might mean. It creates space to find shared meaning.

It’s difficult to stay open-minded in these polarized times when we are so predisposed to see positions other than our own through a cynical lens. What I learned most from the speaker and the nurse is how important it is to try, even though we may not get it right every time. Their argument helped me to understand another way that words matter, and that is to try to not let them get in the way of listening.